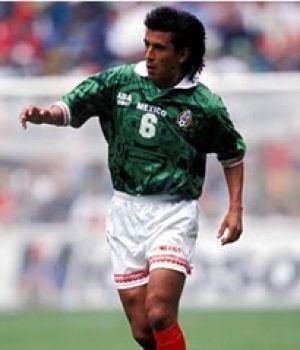 It is June 10th, 2018, and the World Cup in Russia starts next Thursday!  As you can imagine, I’m ecstatic, I’m so excited that I’m dedicating my first blog post to it!

Although, it’s not all laughter, beers, and rainbows. As a Mexican that follows the World Cup almost religiously, I’m bound for disappointment. Ever since the first World Cup, Mexico has never played five consecutive games; they lost against Bulgaria in penalty shootouts in USA 1994, against Germany in France 1998 (which was surprisingly close), then against the USA with a haunting “dos a cero” in South Korea 2002, then against the Argentinians (…twice) and their deadly magic tricks in Germany 2006 and South Africa 2010, and a tragic loss against Netherlands, with a penalty kick that will go out in shame for eternity (#NoEraPenal)!

History has never been on our side. However, the dream of watching our beloved “Tri” in a fifth game on a World Cup crawls in our heads every four years, and clouds any type of sane judgement. This time I decided to take the entire thing with a grain of salt. Mexico is in Group F, playing against Germany, South Korea, and Sweden. Now, normally this wouldn’t deter me from jumping on the hype wagon and believing Mexico has a chance to pass the group stage, but an extremely disappointing last friendly game against Denmark in the last prep game helped me put my feet back on the ground. This year’s team seems to be unprepared for the challenge, with a notable lack of trust among teammates, and half a team that can’t hardly wait to go out party instead of playing decent fútbol.

In spite of my overwhelming negativism, the excitement around the World Cup is already in the air, and it got me thinking of all those players that left a mark in my memory forever. Going through them, and thinking about how amazing they were, led to the vision of a super “Tri’, a Tri that I have no doubt would give us all the joy and pleasure of watching a 5th game in any given World Cup. So without further ado, I present you, my best ‘Tri’ ever:

So, I know this squad is tainted by memories, but feel free to let me know what you think.